X
This site uses cookies to provide and improve your shopping experience. If you want to benefit from this improved service, please opt-in.
More Info
Accept Cookies
Menu
Learning & Development

The Importance of Imaginative Play in Child Development

What is Role Play?

Effective role play gives children the opportunity to try out risky ideas in a safe environment. It allows them to explore boundaries, make sense of the world and develop their own identities. Through pretend play, children are learning to understand the basic principles of society and how it functions, and the important rules and routines of everyday life. Imaginative play is vital because it allows children to revisit familiar and unfamiliar events, whilst also supporting the development of their imagination, through real and familiar, to complete fantasy.

As with all areas of provision, we need to understand any patterns of child development that are likely to show themselves through children’s play and make sure that we have provision in place to support them.

How to Set Up a ‘Home Corner’ Role Play Area

To ‘role play’ anything, a child needs to know it well or be able to imagine it. An imaginative play space has to allow children to revisit the familiar, follow their interests and expand their imaginations.

Role play areas are an integral part of every early years setting. There should be no barriers to play, allowing children to investigate and act out their roles instantly. Having a varied range of props and materials is essential when creating a familiar, real home setting. You could include resources such as chairs, rugs, tables, place settings, telephones, utensils etc. Wooden kitchen role play units make a perfect starting point for a role play kitchen. They immediately issue an invitation to play as a new episode of ‘Masterchef of ‘Bake Off’ commences. 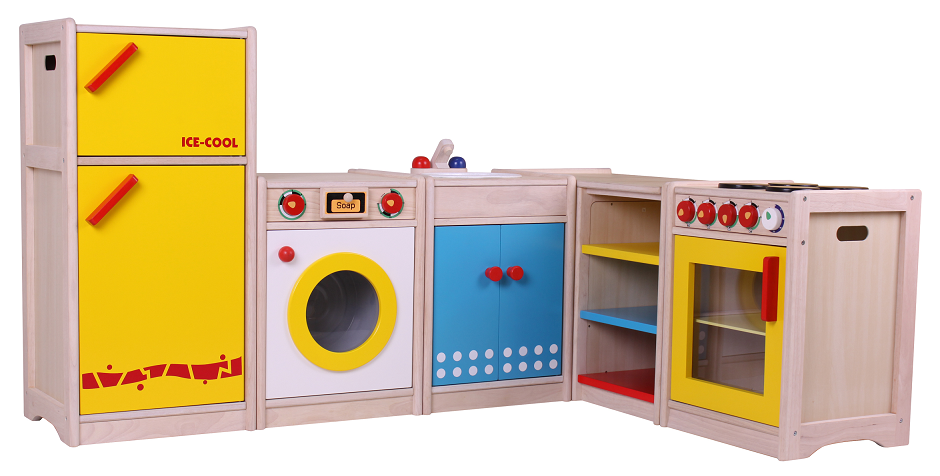 For inspiration and ideas for your role play area, take a look at our extensive range of imaginative play resources and home corner accessories.